"All Disease Begins in The Gut."
- Hippocrates

San Antonio Gastroenterologists is a major practice founded to provide a medical solution in the area of gastroenterology. Over the years, we have earned the reputation of a foremost health institution providing top quality consultative, diagnostic, and therapeutic endoscopic and related services to patients in the San Antonio, Texas region and beyond. 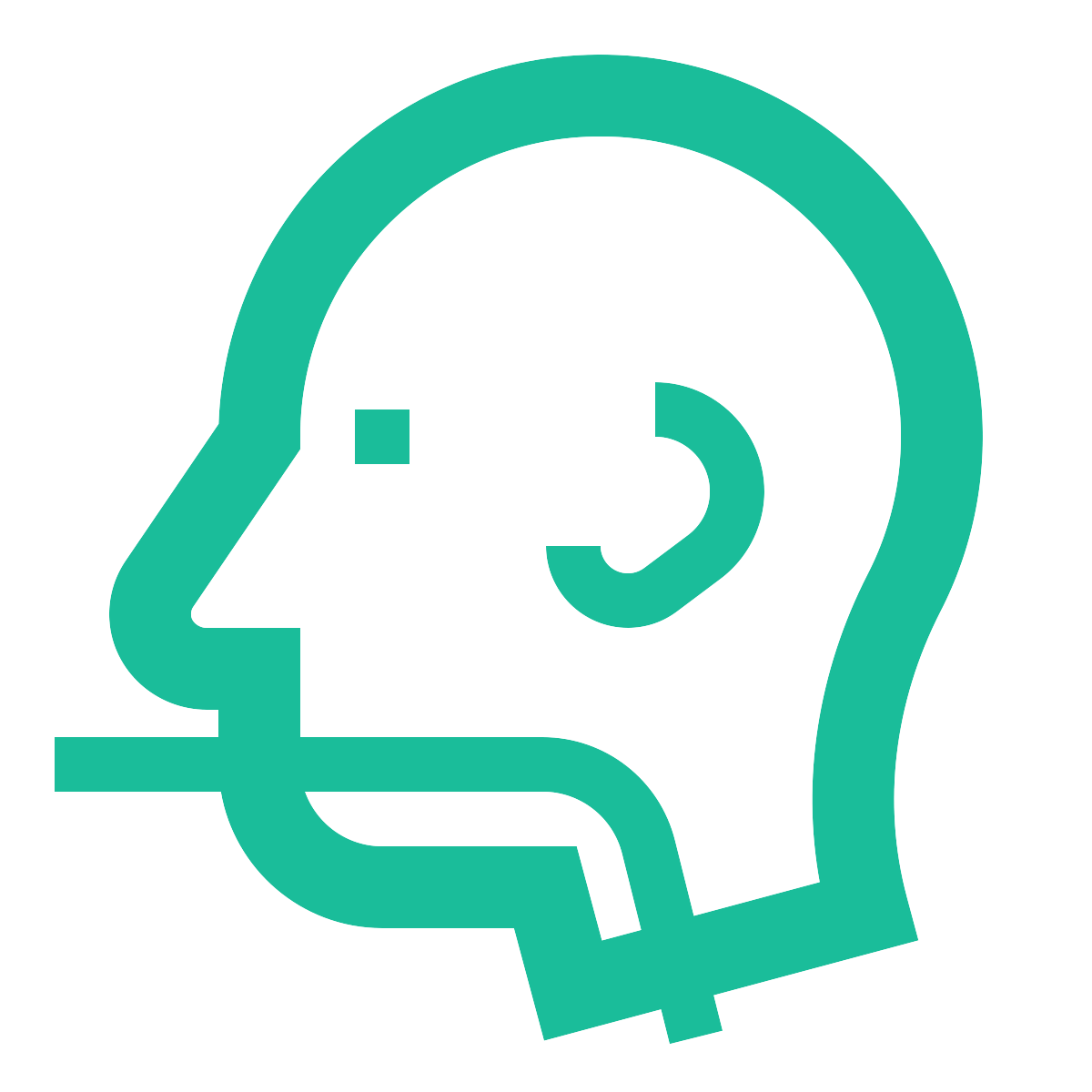 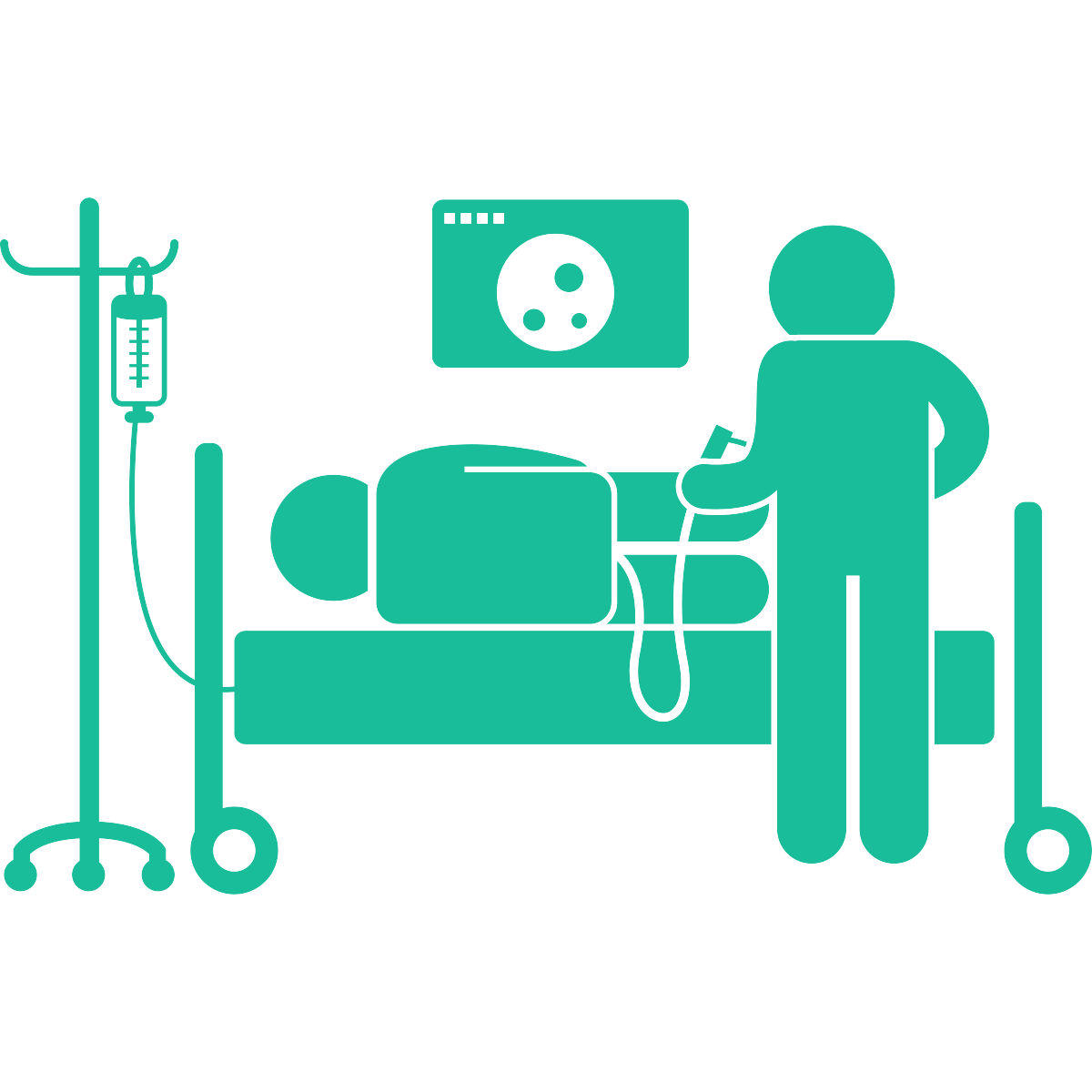 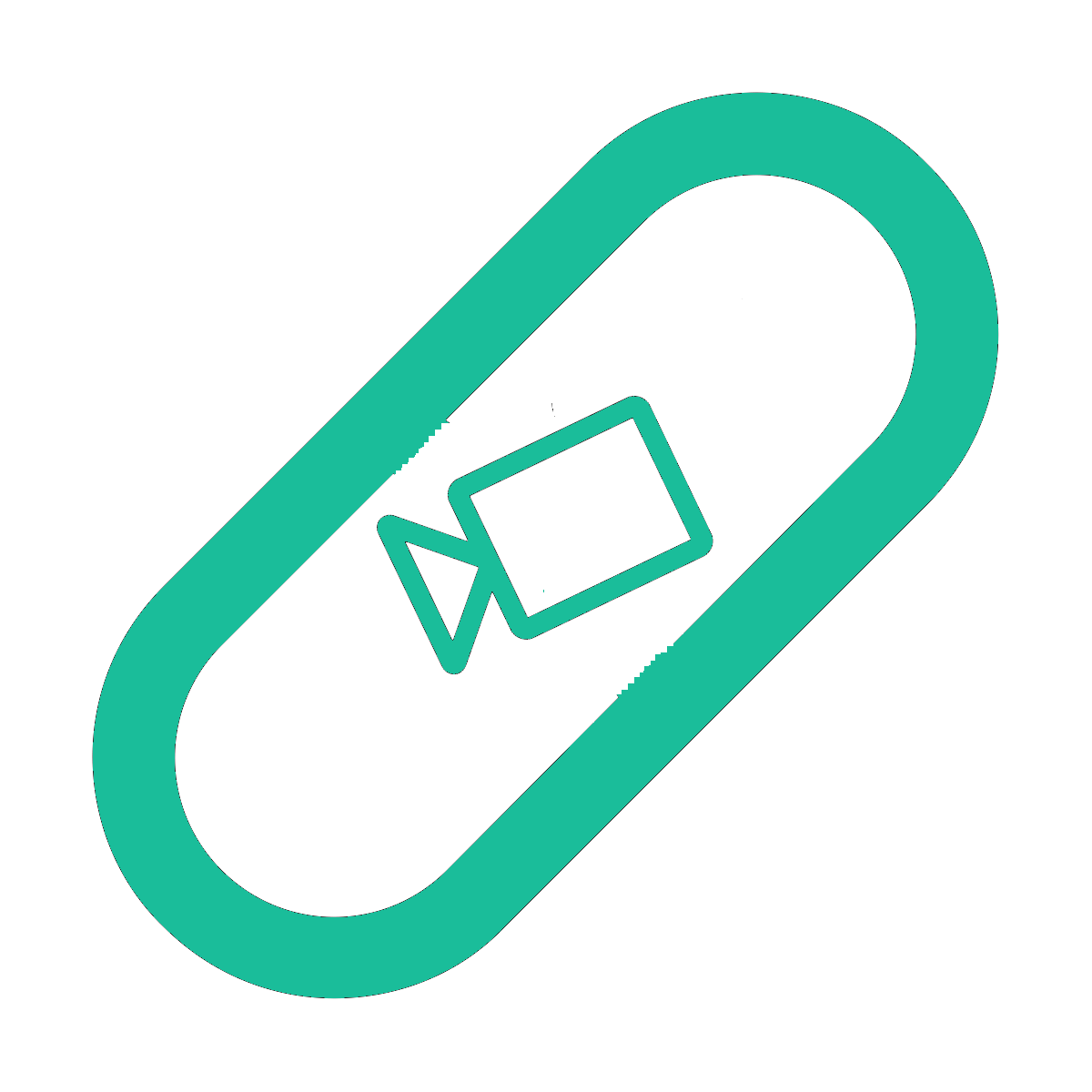 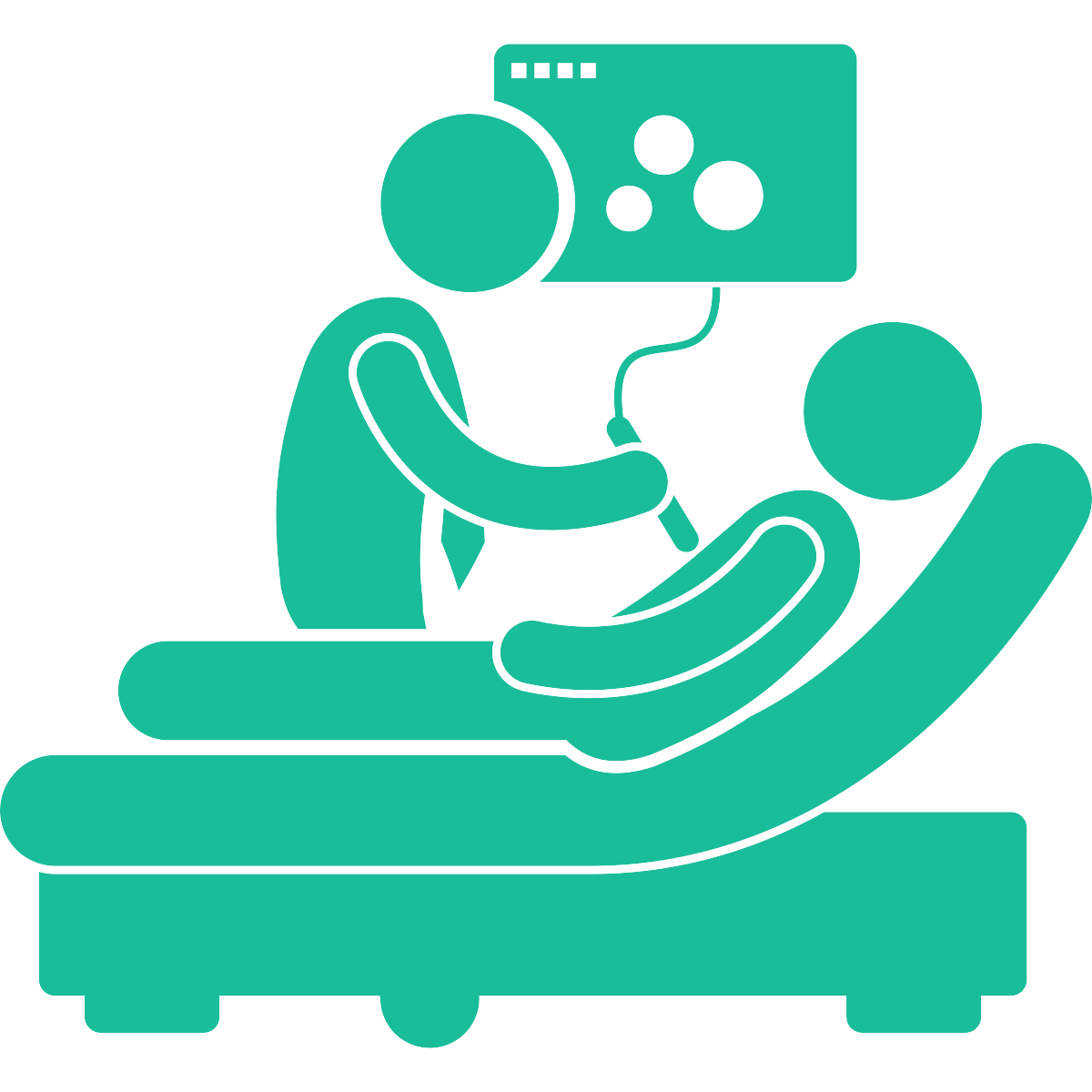 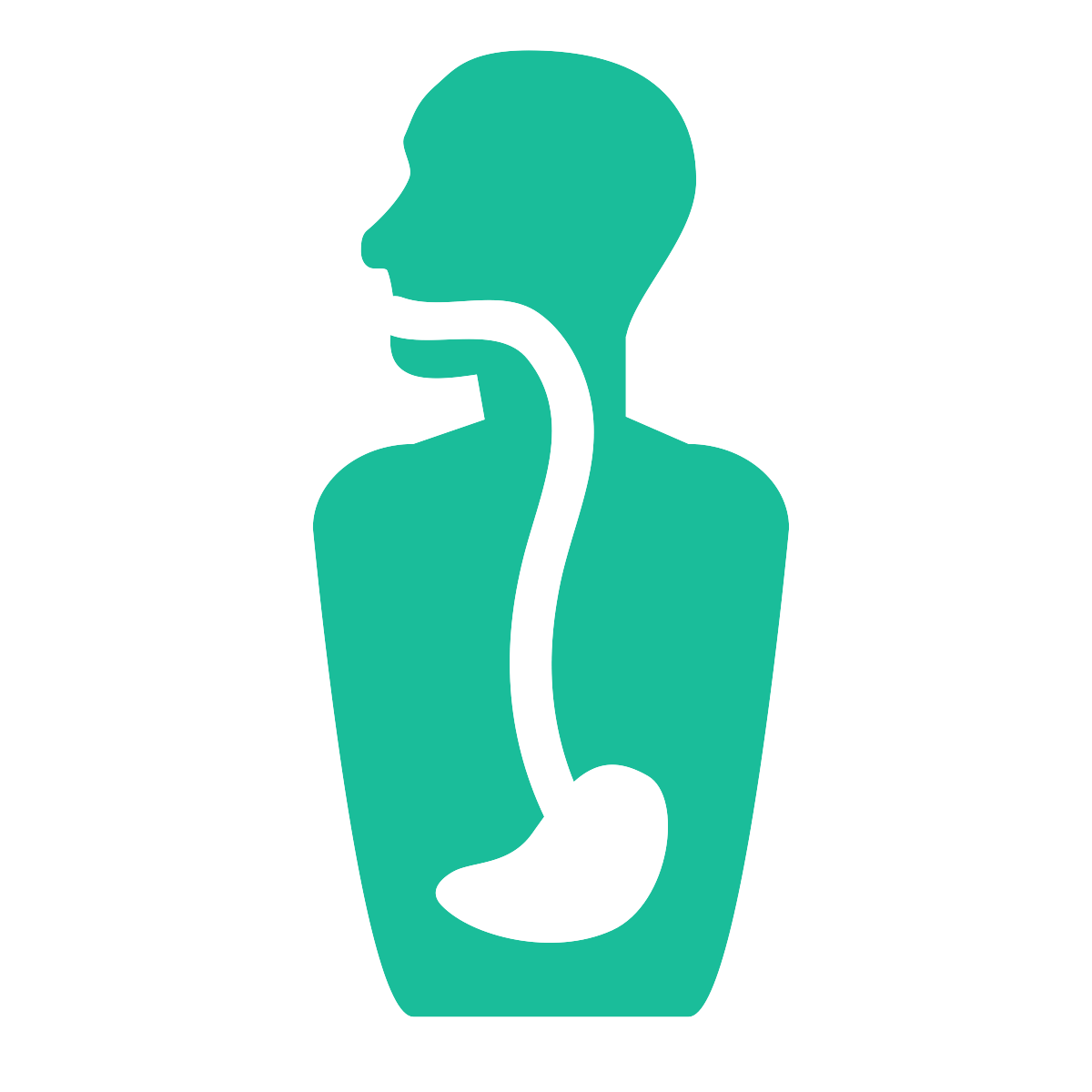 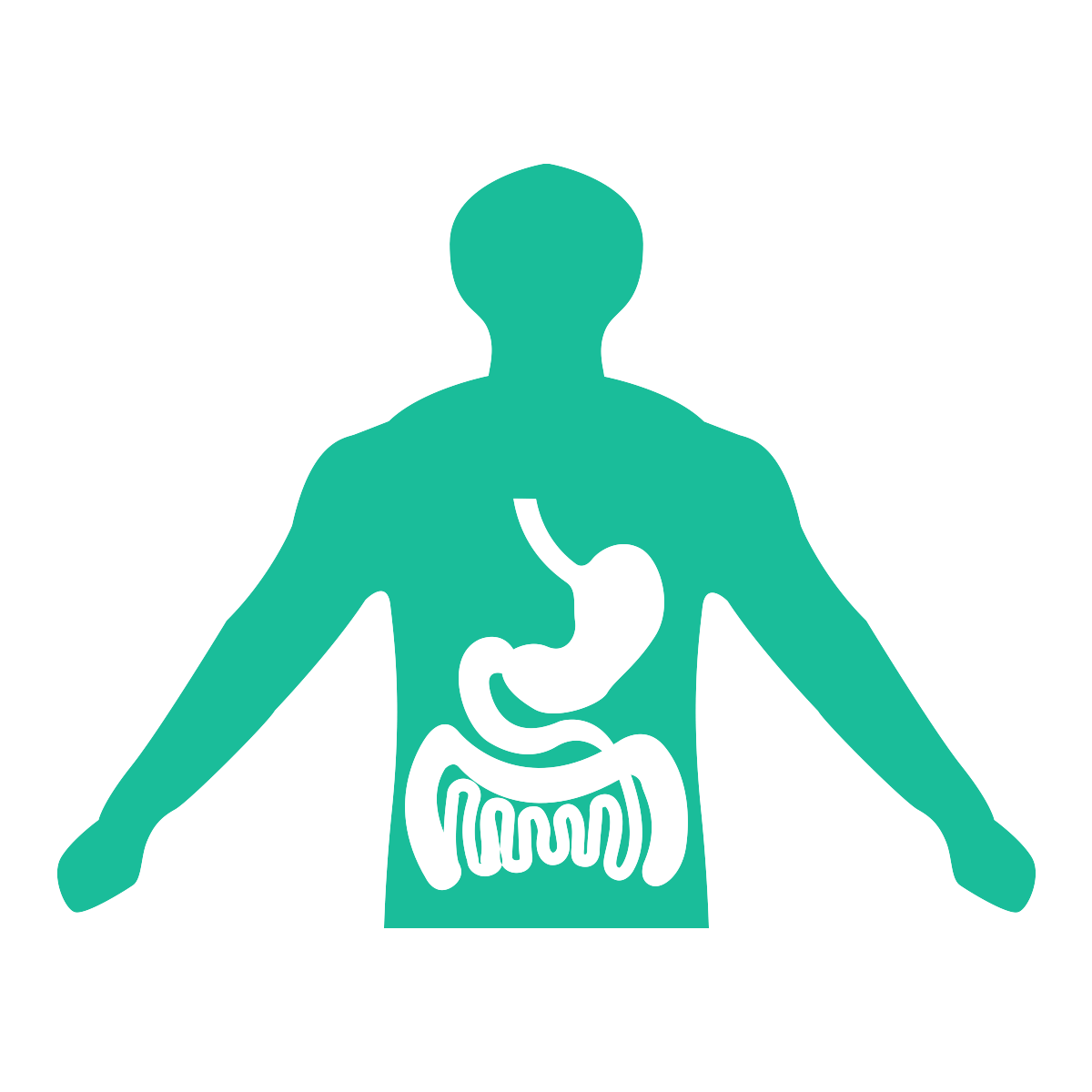 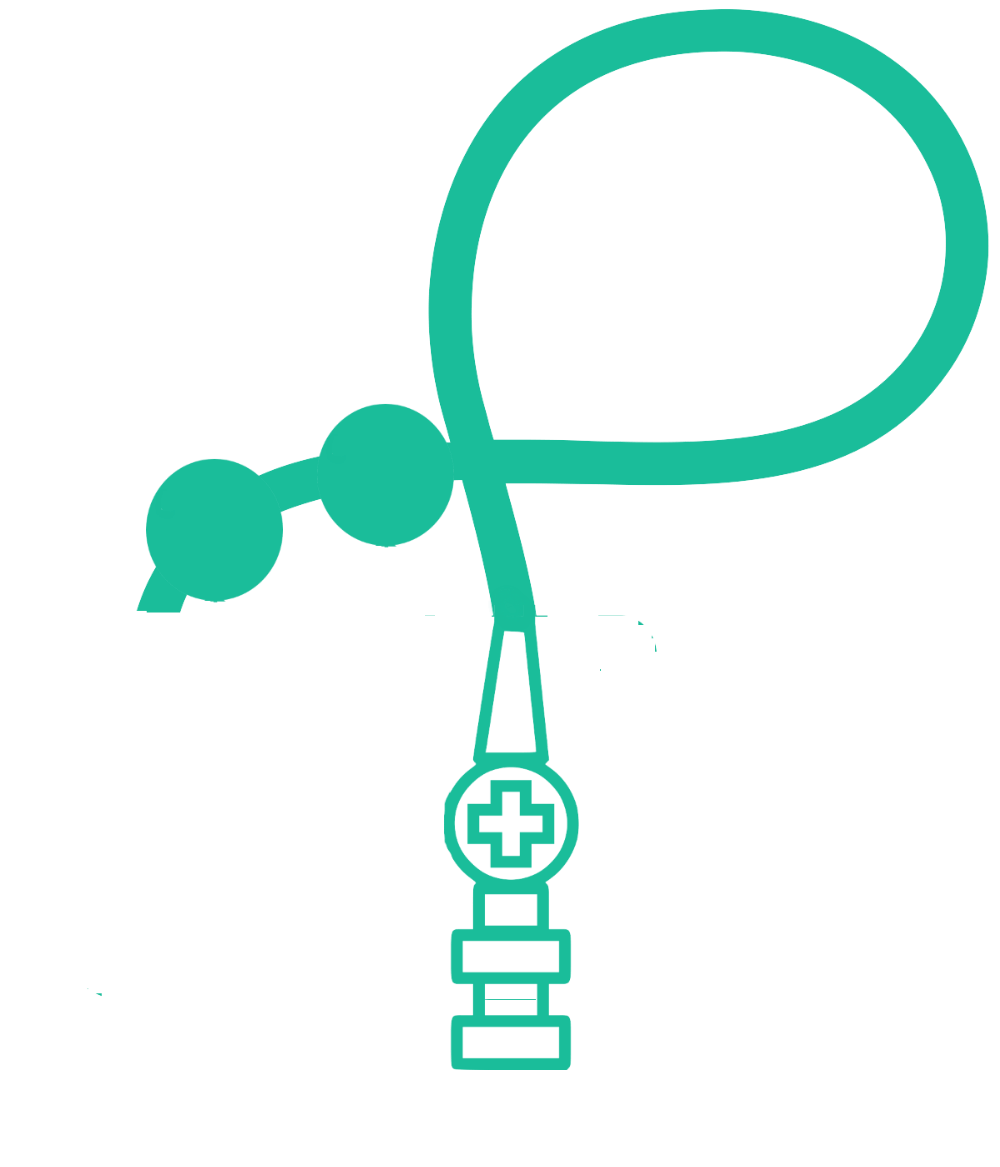 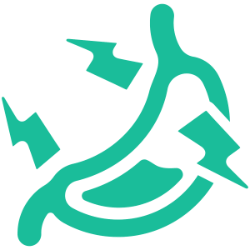 Inflammatory bowel disease is the collective name of a group of inflammatory conditions of the colon and small intestines. The principal types of the condition include Cohn’s disease that affects the small and large intestine, as well as the mouth, esophagus, stomach, and anus; and ulcerative colitis that is restricted to the colon and the rectum.
IBD is majorly caused by an interaction of environmental and genetic factors. It is also associated with diet, alteration in the microbiota, and breach of the intestinal barrier.
For diagnosis of the condition, faecal calprotectin can be useful at the initial stage, but biopsies on colonoscopy can confirm the condition.
There are different treatment options that can be used in the management of IBD, including medication, surgery, medical therapies, nutritional and dietetic therapies, and alternative therapy.
New possible treatments that are still in the developmental stages include faecal microbiota transplant and stem cell therapy. 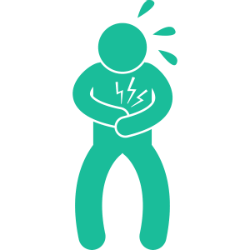 Irritable Bowel Syndrome is a gastrointestinal problem that majorly affects the large intestine. It is a chronic condition that is associated with several symptoms including abdominal pain, excess gas, constipation, diarrhoea, mucus in the stool, cramping, and other minor discomforts.
Some other serious symptoms of IBS include weight loss, rectal bleeding, iron deficiency anaemia, vomiting, difficulty swallowing and persistent pain. Many people that suffer from IBS do not have severe symptoms and can carry on without any problems.
The precise cause of Irritable bowel syndrome is not known, but there are some factors that are known to play major roles in the condition such as changes in microflora, severe infection, inflammation in the intestine, muscle contraction in the stomach, and abnormalities in the nerves of the digestive system.
Treatment of IBS focuses on dietary modification. There are also some medications made for IBS such as eluxadoline, rifaximin, alosetron, etc. There are also some potential treatment options being tested by researchers. 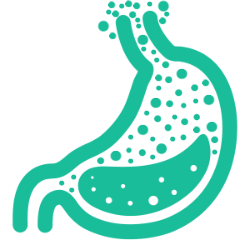 Gastroesophageal reflux disease commonly referred to as GERD or acid reflux is a digestive disorder whereby the content of the stomach comes back up into the esophagus and causes what is generally referred to as heartburn.
There are some other conditions that can result from GERD including bad breath, chest pain, vomiting, and breathing problems. Many individuals have heartburn from time to time, but when it becomes severe, there is need to contact a gastroenterologist for comprehensive care.
When it is not properly taken care of, GERD can cause different types of injuries to the esophagus, including Barrett’s esophagus, esophageal adenocarcinoma, esophageal strictures, and reflux esophagitis.
There are different treatment options available for GERD including dietary modifications, lifestyle changes, medications, and in some instances, surgeries. 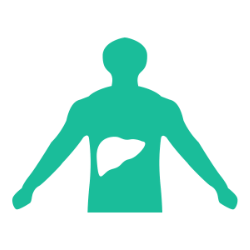 Non- alcoholic fatty Liver disease is a condition that is characterized by large deposit of fat in the liver (steatosis) caused by factors other than excessive alcohol use. The causes are generally traceable to genetics, drugs, and diet.
After some intensive studies, it was found that there are some genetic mutations that are susceptible to the condition. Soft drinks have also been found to contribute to NAFLD.
There are also some medications that have been strongly linked to Non-alcoholic fatty liver diseases such as amiodarone, antiviral drugs, aspirin, corticosteroids, methotrexate, tamoxifen, and tetracycline.
Most individuals that suffer NAFLD do not experience major symptoms. They may experience such abnormalities as undue fatigue, mild jaundice, and abdominal discomfort.
Diagnosis of the condition is possible through liver ultrasound. Treatment options for the condition include nutrition, exercise, some medications and weight loss surgeries. 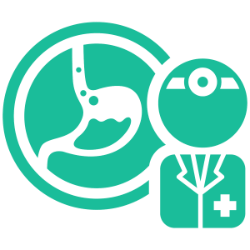 Gastroparesis refers to a problem of the muscles of the stomach and/or the nerves controlling the muscles, which makes the muscles to stop working.
Ideally, strong muscular contraction is needed to propel food through the stomach, but when the muscles are affected, the movement is slowed or completely shut down, preventing normal bowel movement.
Gastroparesis is majorly caused by damage to the nerve that controls the muscles of the stomach (vagus nerve).
When the nerve is undermined, it can’t send the proper signal to the stomach and movement of food is stalled or prevented. The nerve can be damaged by some diseases like diabetes or surgical procedures.
The treatment option to be followed in the case of gastroparesis will depend on the underlying condition. Ideally, dietary modification is helpful as an initial treatment.
Medications that target different actions like stimulating stomach muscles and controlling nausea and vomiting are very useful. In severe cases, a feeding tube can be used during the management of the condition until symptoms improve. 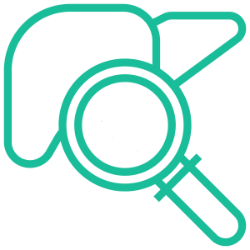 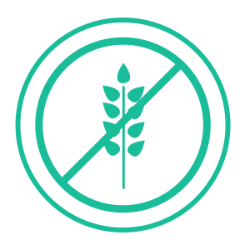 Celiac disease is an autoimmune disorder that affects people who are genetically predisposed. It affects the small intestine of such people when they eat gluten, a protein present in barley, rye, and wheat.
The condition is known by other names such as celiac sprue, nontropical sprue, endemic sprue, and gluten enteropathy. When sufferers of celiac disease eat gluten, it triggers an immune response in their small intestine.
While it can be said that the cause of celiac disease is unknown, the symptoms are associated with the interaction of genetic and environmental factors and will be triggered when such a patient eats food that contains gluten.
The major symptoms of the condition in children and adults vary. For children, vomiting, chronic diarrhoea and poor appetite are common.
In adults, mouth ulcers, anaemia, and loss of bone density are noted in many sufferers. The untreated celiac disease can also result in complications including malnutrition, infertility, lactose intolerance, cancer and neurological problems.
The most reliable treatment is a gluten-free diet. Your doctor can always help you with such a diet and recommend some vitamin and mineral supplements to help with your nutrition.
There are also some medications that can be used to manage symptoms. Overall, a patient will need medical follow-up to manage celiac disease. 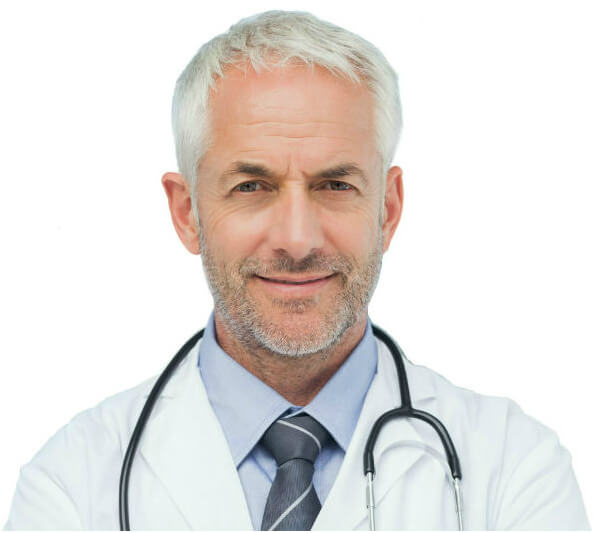 At San Antonio Gastroenterology we are vastly experienced in treating diseases of the gastrointestinal system and other problems associated with the digestive system and related organs.

We are also adept with such procedures as endoscopy, colonoscopy, polypectomy, capsule endoscopy, abdominal ultrasound, esophageal dilation, endoscopy retrograde cholangiopancreatography (ERCP), double balloon enteroscopy, lactose intolerance test, and others used in the diagnostic and management phases of diseases of the digestive tract and related organs.

Our services are aimed at providing special treatment for each patient in a safe and comfortable environment that will facilitate the recovery process.


Meet our Team of Gastroenterologists 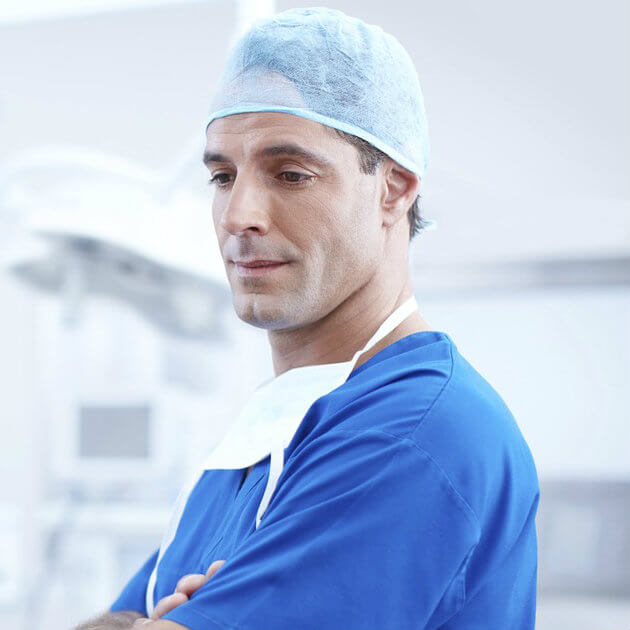 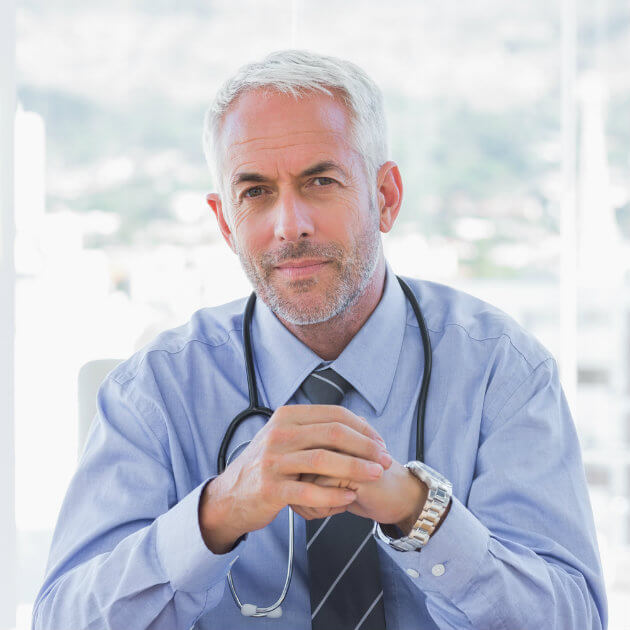 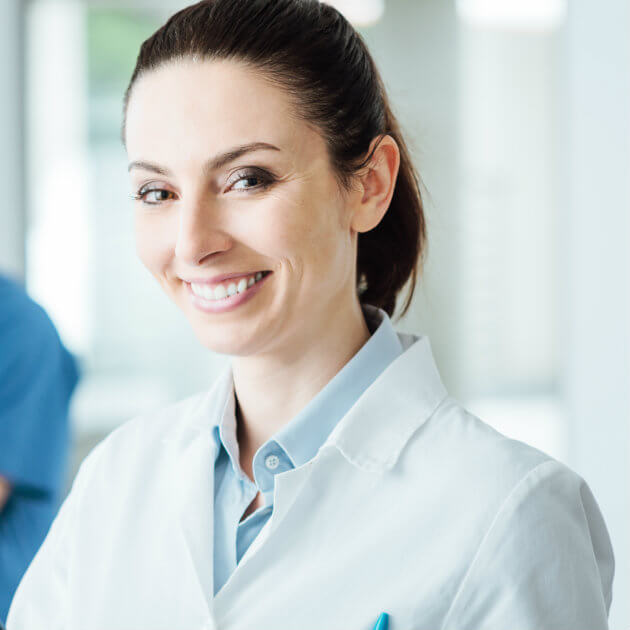 What Our Patients Say?

I am grateful to the San Antonio Gastroenterology team for giving me my health back. I can lead a healthy, happy life now.

I have lived majority of my life struggling with crohn's disease. Thanks to San Antonio Gastroenterologists my health is better than it ever was. I am thankful for the care and treatments that has changed my life for good.

Choosing San Antonio Gastroenterology was the best decision I took towards healing my body from IBD. All the doctors and staff treat you like their own family member. The best medical care I've ever recieved!

Latest from the Blog 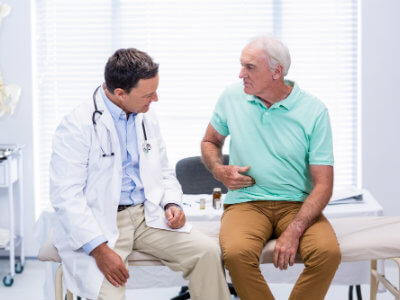 Gallbladder Removal: What to Expect 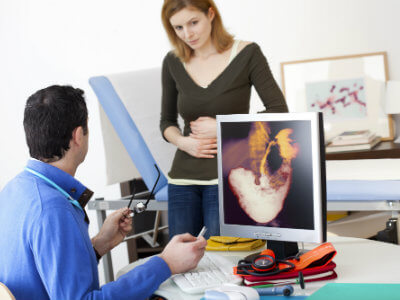 First Visit at a Gastroenterologist 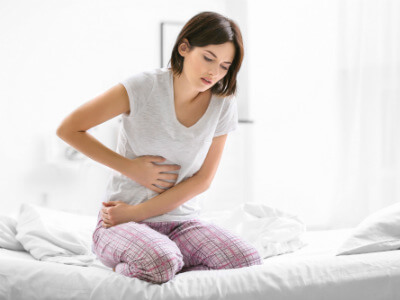 Here is what you need to know about Hernia pain. The causes of hernia. The different kind of hernia and the treatment you can opt for at San Antonio Gastroenterology... 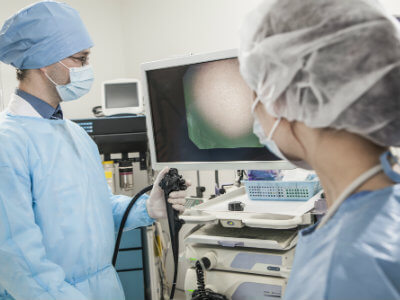